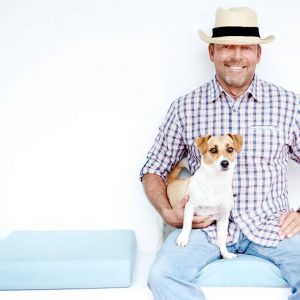 South Africa is famous for its sunshine, friendly people and wildlife. For northern Europeans it’s also a popular destination when cold and darkness descends and the southern hemisphere summer beckons. Gonana Travel is a product of that longing for light and happy summer days and all started in April 2002 when CEO, Jonas Sandström, first arrived in Cape Town.

Pale and weather-beaten from months of Swedish cold, and looking for a change of scene, it was love at first sight! Within days, inspired by mountains, the ocean, the mindset and the magnificent sunsets, Jonas had found a listed house in Sea Point and bought it 48 hours before taking his flight back to Europe.

Six months later he returned and threw himself into renovating his first guest house which he named Bickley House. Typically spontaneous and driven by his gut feeling he bought his second guest house 5 years later and named it Antrim Villa. These guest houses became the reason to keep coming back to South Africa staying months at a time. As guests started asking for advice on places to see and things to do, Gonana Travel was born, a natural extension to making beautiful spaces accessible to tired Europeans.

For Jonas, South Africa means being close to life. For him it’s a place of authenticity and is refreshingly free of pretense. The weather is wonderful almost all year round and people are genuine and happy to just be themselves. In contrast to Europe, there’s time and space to breathe and enjoy life in an environment where work is not what defines you. People take time to see each other, something he feels has disappeared in the digital existence of Europe. In the absence of the welfare state, it’s up to each of us to really see each other and to help one another through life.

Jonas has sold both Bickley House and Antrim Villa and is now into his third guest house creation in Paternoster on the west coast of South Africa. Gonana Travel continues to receive guests all year round who come to experience genuine African hospitality with a touch of Scandinavian finesse.