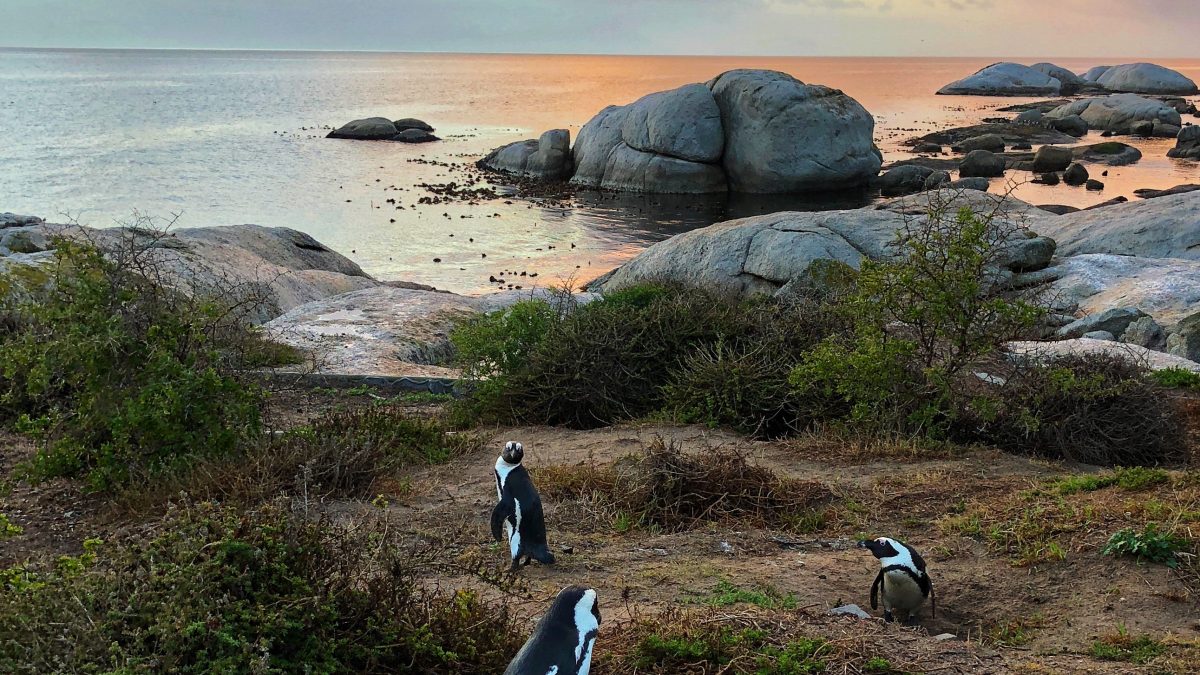 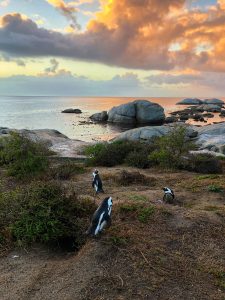 It is common practice to leave a 10-15% tip at hotels and restaurants. Guides are given tips based on how satisfied you are. At Gonana Travel, we think it is important to let you know what applies and in this way help the local employees who in many cases live on the tips they receive. On our group trips, we have chosen to include tips in the price, so that as a traveler you don’t have to think about this during the trip.

Bring an adapter to avoid having to spend your precious vacation time on this. The electrical outlets here are made for three spikes instead of two, but just like in Sweden 220 V, 50 Hz is used.

Flying from Stockholm to Johannesburg takes about 11 hours and to Cape Town about 2.5 hours. There are no direct flights and you have to change in  Europe or the Middle East. However, there is no time difference!

During our Swedish winter it is summer in South Africa, which makes this an excellent destination for those who want to escape the dark winter months at home. The climate in the country as a whole is very varied. If you are looking for a swim, you should head to the eastern coast, where you will find, among other things, cosy St. Lucia, which is known for its hippos. This is the Indian Ocean coast and the water is warmer and comfortable. In the Western Cape Province, you can cool down in the Atlantic Ocean, which is cooled by cold currents. It is said that you can experience several seasons during one day in the Cape Province, so it is wise to always be prepared for rapid weather changes and fresh winds from the open sea. The climate here is Mediterranean and is mostly dry and sunny, while the south east coast receives the most rainfall in the country. In the Kruger Park in the northeast it is more subtropical, while in some mountain regions snow can occur during the winter.

There is generally no problem drinking the tap water in South Africa since our water and sewerage systems are well developed. However, there may be exceptions (such as at some safari lodges). We will let you know if this is the case. Sometimes there are water shortages in the country and it is then encouraged to buy bottled water.

To drive a car in South Africa you need an international driving license. Important to keep in mind is that South Africa has left-handed traffic and that it can be comfortable with an automatic car if you want to avoid changing gears with your left hand. The country’s road network is well developed and the major roads are overall in good condition, while the quality of the smaller roads can vary. It is important to be vigilant, as overtaking on the highway is allowed in all lanes. You drive fast in South Africa and drivers thank you when overtaking by flashing their lights.

South Africa has eleven official languages ​​and virtually everyone speaks good English, which makes it easy to travel in the country. After English, Zulu and Afrikaans are the most spoken languages.

Traveling as a tourist in South Africa is generally safe. Jonas usually says that the biggest danger is that you as a tourist look in the wrong direction when you walk across the street or that you burn in the blaring sun, but just like in many other places common sense applies as is choosing the sure over the uncertain. There are streets to avoid, it is unnecessary to flaunt your cash withdrawals and in the evenings and nights it is wise to take a taxi or Uber, which is both cheap and convenient. 95% of crimes in South Africa take place in the townships.

Making or receiving calls, and using data traffic in South Africa can be a costly exercise. We recommend that you get help from us or your hotel when booking and that you turn off data roaming as soon as you land and use wifi. Alternatively you can buy a prepaid data card.

Regardless of where you are traveling, it is always good to have a basic cover and we recommend that you contact a vaccination center well in advance of your trip to ensure that you have the protection you need. Malaria is only found in Kruger National Park, but many lodges are located on the outskirts, with very little risk of infection.

The South African currency is the Rand. Most restaurants and shops in the city accept credit cards (they do not always take American Express however), but it may be good to withdraw some cash at the airport or to exchange at home. Master card and VISA work perfectly fine. 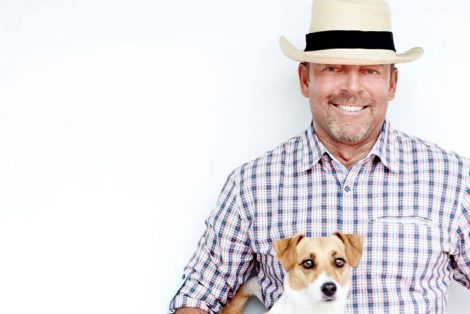